Recent security breaches have heightened our awareness of cybersecurity issues. The Staples hack and other security breaches have resulted in unprecedented damages. However, the majority of mobile device users have yet to be sensitized to their personal and corporate security risks.
For example, a security study found that 69 percent of users store sensitive personal information on their mobile devices.  Examples include banking information, confidential work-related items and provocative videos and photos. In addition, 51 percent of mobile device consumers share usernames and passwords with family, friends and colleagues. This in spite of the fact that 80 percent of such devices are unprotected by security software.
While mobile device security attacks are relatively small, they are the new frontier for hackers.  Listed below are highlights from several mobile device surveys:
Cyberattackers are typically attempting to obtain access to sensitive or personal data, and then use it to access financial accounts. Some methodologies used include social engineering, distributing and executing malware, and accessing data through public Wi-Fi networks.
A recent survey found that phishing and scams for winning free stuff were the most popular SMS attacks. Unsolicited SMS messages attempted to trick users into providing detailed, sensitive information about their financial accounts at major banks. The mobile malware StealthGenie secretly monitors calls, texts and videos on mobile phones. Bitdefender has been able to break the secure communications between a Samsung watch and an Android device with ease, using brute force sniffing tools. (See “5 New Threats to Your Mobile Device Security” for more information.)
These are a sampling of the numerous cybercriminal methodologies for accessing user finances and data. Listed below are some user actions for reducing or minimizing a successful attack:
In addition, ISO lists some common sense advice regarding mobile devices, as included below:
This post was written as part of the Dell Insight Partners program, which provides news and analysis about the evolving world of tech. To learn more about tech news and analysis visit Tech Page One. Dell sponsored this article, but the opinions are our own and don’t necessarily represent Dell’s positions or strategies.
By Sandra K. Johnson
CEO, SKJ Visioneering, LLC

*I'd certainly like to see my coded notebook hacked. 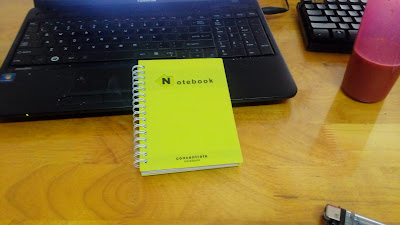