Are You Thinking Outside the Box Yet? 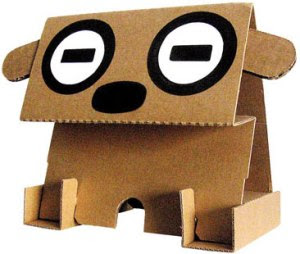 If you’ve ever felt stymied by the prospect of thinking outside the box, you may be relieved to find out that you can’t actually do that. The box is the mental model through which you view and interpret the world. You are always inside the box, in one compartment or another. The box constrains what you see, what you think, how you feel, and what you do. And the less aware of them you are, the more power these constraints have over you.
The concept of thinking outside the box comes from what is called the Nine-Dot Problem, first used by psychologist N.R.F. Maier in 1930. The task is to connect all of the dots by drawing four straight lines without retracing any lines or removing your pencil from the paper. The solutions to the Nine-Dot Problem all require you to extend your lines outside the “box” created by the dots.
The box has come to represent all of the things that limit our thinking, so thinking outside the box means being able to transcend those limitations. In the 1970’s, thanks in part to psychologist J.P. Guilford and his study of creativity, thinking outside the box became a popular metaphor for unconventional and original—i.e., creative—thinking.

Your Mental Model:Don’t Leave Home Without It.

Of course the concept of thinking outside the box has spawned some contrarians who suggest there are benefits to thinking inside the box. The assumption in both cases is that we have the option of thinking either inside or outside the box and can choose the location from which we think. But that’s not the case, since we don’t have the option of getting outside our mental model.
Just as the unconscious part of our brain monitors our breathing and heart rate to keep them in the normal (for us) range, it creates a model of the world that represents what’s normal in it for us. Our particular model of the world determines what we pay attention to, how we interpret and explain what we pay attention to, and the meaning we assign to events.
Our mental model is created and (mostly) maintained by the unconscious part of our brain, which is always running. We can’t access it directly to find out what’s in it. The contents are a combination of genetics, experiences, information, beliefs, skills and talents, and assumptions. Some of it is coherent; some of it isn’t. Some of it is stuff we want to have in there; some of it isn’t. In general, the best word to describe it isfunctional.
Although we’ve had a hand in programming our mental model over the course of our lives, it is being continuously updated according to our brain’s set of survival-based criteria. The unconscious part of our brain processes around 11,000,000 bits of information at a time, while we can consciously process only about 40 bits. If we had to rely on consciousness to get through the day, we would be in big, big trouble.
Fortunately, our mental model, operating outside our awareness, helps predict what’s going to happen next and “readies” us to respond appropriately. In fact, many researchers have referred to the brain as an anticipation machine. When the brain’s expectations aren’t met, it actually “protests.” That’s what underlies the feelings of surprise we experience.
As long as things are going according to plan, the brain can operate at a lower level of energy, which is what it prefers to do. When something unexpected occurs, it has to shift into a higher energy consumption mode.

Since our mental model is the lens through which we view and interpret the world around us—and even ourselves—we can’t think outside it. Some theorists on the subject claim that insight is the result of thinking outside the box, but it isn’t. No matter how mind-blowing they may be, our insights still depend on what’s already in our particular box. This seems obvious when you consider it. Someone whose mental model includes a vast amount of experience and knowledge in a particular area is likely to have more and bigger creative insights than someone else who only dabbles in the field.
When we’re learning something new (e.g., a language, how to get around in an unfamiliar city, a new artistic technique), we have to rely heavily on the conscious part of our brain. But as we continue learning, more and more information is turned over to the unconscious part of the brain. We develop greater facility. We become faster and better in part because our brain is making associations and anticipating what is coming next. As this occurs, our mental model expands and we are able to see things differently, think different thoughts, and do different things.
The physical brain has a great capacity to be plastic, which means it can change, and in some cases, we can actually see what those changes look like.

In violin players’ brains, the neural regions that control their left hands, where complex, fine motor movement is required on the strings, look as if they’ve been gorging on a high-fat diet. These regions are enlarged, swollen, and crisscrossed with complex associations. By contrast, the areas controlling the right hand, which draws the bow, look positively anorexic, with much less complexity. —John Medina, Brain Rules

Complexity is the key. The more knowledge and experience we have in a particular area, the more complex our mental model will be. Experienced violin players can not only play more complex tunes, they can also identify more complex musical problems to solve. And they can solve them faster. The situation is the same whether we’re talking about an artist, a musician, a performer, a movie-maker, a chef, a businessperson, an athlete, a hobbyist, a writer, or a world leader.
If we want a brain that can think more complex thoughts and solve more complex problems, one thing we can do to help make that happen is get in the habit of moving.

Physical activity is cognitive candy. Exercise stimulates one of the brain’s most powerful growth factors, BDNF (brain-derived neurotrophic factor). According to Harvard psychiatrist John Ratey, “It keeps [existing] neurons young and healthy, and makes them more ready to connect with one another. It also encourages neurogenesis—the creation of new cells.” The cells most sensitive to this are in the hippocampus, inside the very regions deeply involved in human cognition. —John Medina, Brain Rules

Our brain can change, which means our mental model can change, too. Instead of trying to think outside the box, we’re better served by deliberately stretching and expanding it via physical activity, learning, exposing ourselves to new situations and different viewpoints—in short, by challenging ourselves.
New ideas are not spun from thin air. Creativity involves synthesizing, remixing, and re-envisioning what’s already inside the box.

at June 23, 2016
Email ThisBlogThis!Share to TwitterShare to FacebookShare to Pinterest

What is Brexit and what would happen if Britain left the EU?

IF the people of Britain vote for Brexit today, it will not only be a historic victory for Eurosceptics but it will transform this nation forever. But what would happen? 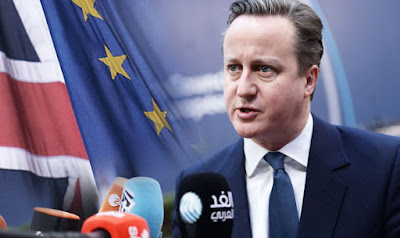 The UK is set to hold an in/out referendum this week on whether there should be a British exit, or Brexit, from the EU.
Momentum has grown behind the EU exit campaign, which wants to end central control by Brussels and give Britain the freedom to manage its own affairs.
But the Leave and Remain sides are neck and neck as the British people make their biggest decision in a generation today.

When is the EU referendum?

The in/out referendum on Britain’s membership of the EU is taking place today. Polling stations will stay open until 10pm.
The local results for the EU referendum will come in overnight with the national declaration expected at about breakfast time tomorrow.
David Cameron announced the referendum date in February after he secured a deal on revising Britain's membership of the EU at a crunch summit. 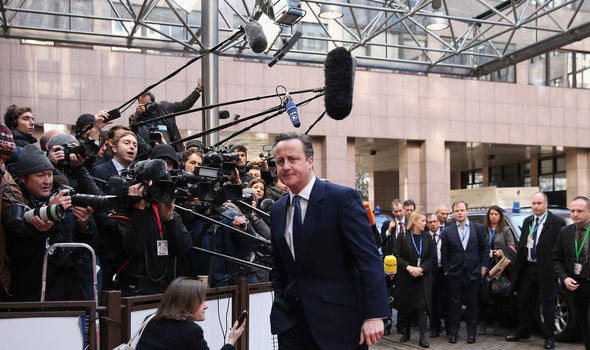 What are economic views on Brexit?

Supporters of Brexit argue that EU countries have every incentive keep trading with the UK, which is a large importer of goods and services.
But there is uncertainty over what would happen if the UK leaves the EU and needs to develop new trade agreements with the rest of the world.
Europhiles are concerned that foreign companies would be less likely to invest here and could move their headquarters elsewhere if Britain loses access to the single market.
Investor Neil Woodford, founder of Woodford Investment Management, described pro-European claims that the economy would be damaged as “bogus”.
Mr Woodford said: “I think it's a nil-sum game frankly, whether we stay or whether we leave." 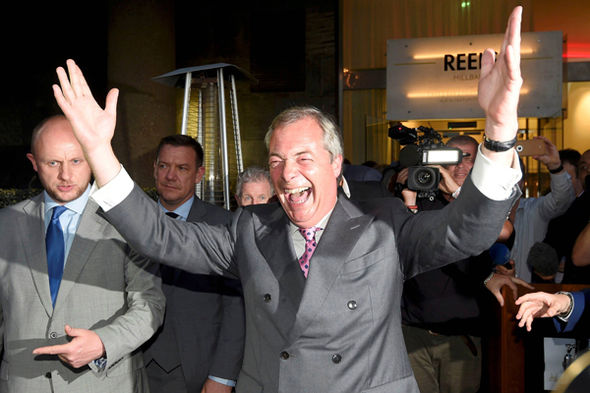 If Britain leaves the EU, it will no longer have to contribute billions of pounds a year towards the European Union's budget.
In March Brexit campaigners slammed a Confederation of British Industry (CBI) report that claimed that leaving the EU would cause a £100billion “shock” to the UK economy.
The Treasury has been accused of “doom and gloom” after predicting that a Brexit would cost households £4,300 a year by 3030, leaving Britain worse off for decades.
The pound is likely to drop in the event of Brexit but anti-EU campaigners have rubbished claims that it would push up the cost of the weekly shop, imported goods and travel. 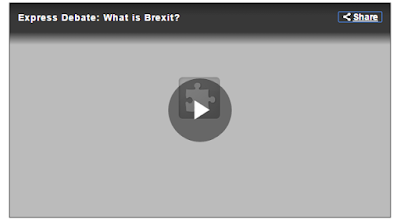 http://www.express.co.uk/news/politics/645667/Brexit-EU-European-Union-Referendum-David-Cameron-Economic-Impact-UK-EU-exit-leave
If this country backs Brexit, investor George Soros has said sterling would “decline precipitously” and warned of "serious consequences" for British jobs and finances.
There are concerns about what would happen to Britain's expats living in Europe and foreign footballers playing in the UK if Britain quits the EU.
But Eurosceptics argue that the referendum is a historic opportunity to take back control of Britain's borders in order to curb immigration.
BREXIT FIRST 100 DAYS: WHAT TO EXPECT
Full Article > http://tinyurl.com/hvog3ao
at June 23, 2016
Email ThisBlogThis!Share to TwitterShare to FacebookShare to Pinterest
Newer Posts Older Posts Home
Subscribe to: Posts (Atom)