at March 07, 2016
Email ThisBlogThis!Share to TwitterShare to FacebookShare to Pinterest 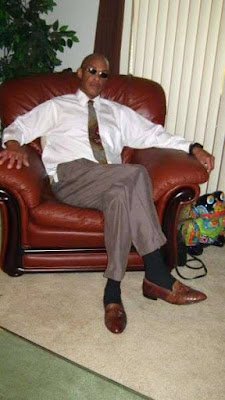 I realize there are numerous obvious reasons you can think of that would make someone not want to stick out as an obvious tourist in Latin America–safety (criminals are far more likely to target an obvious tourist), social acceptance, not feeling stupid, simply wanting to blend in by dressing in the local fashion, etc.–but the best reason isn’t any of those, and it’s one that requires a bit of explaining and delves right into the culture of Latin America, and it has to do with poverty…
Normal people dress more formally in Latin America than elsewhere, and the reason for this is that a much, much larger proportion of their population is relatively poor than in wealthier developed nations like the U.S., Canada, and Western Europe, and consequently it isn’t, and never has been, considered fashionable to dress down or to dress like you’re poorer than you really are.
No one wants to be mistaken for the lowest lower class (Latin America is also a much more class-centered society), no one wears jeans that are intentionally torn (if your jeans are torn it must be because you’re too poor to afford new ones), no one wears clothes that are baggy and don’t fit (if they don’t fit, it must be because you can’t afford proper clothes that do fit correctly), no one dresses informally because it looks “cool” (because it doesn’t there), etc.
Latin America is an extremely class-conscious society, and the A-number-one way that people communicate to everyone else that they’re respectable, not a criminal, and not a violent delinquent is by dressing as smartly and as nicely as they can possibly afford to.
Even very poor people will still do this, they’ll own just one nice pair of dress pants that they wear every single day and wash and iron every single night if they have to, only the worst of the worst don’t–they’re not being snobs, this isn’t our culture, it’s not the same as if you were to do this here.
When you dress shabbily (shabbily by their standards, normal by ours), you’re associating yourself immediately with some very ‘undesirable’ people that no one else wants to be associated with, people will avoid being seen with you and any friends you might make will not want to be seen out with you but will be too polite to tell you that your dressing habits make you look like a desperate heroin addict.
Please, before you start ranting at me in the comments, understand that I’m not saying you can’t wear what you want, I’m not telling you how to dress, I’m just saying people are going to judge you for it and you really cannot hold that against them since they’re just being normal (you’re in their culture, right?) and you’re the one being weird, I’m just telling you what’s socially acceptable and what’s not and why.
Just as an example of how this can cause problems, having had this same exact experience related to me by several backpackers who have had this happen in several different Latin American countries: you will get turned away at the door at clubs and even bars if you’re wearing sneakers, or shorts, or a t-shirt (without a nice button-up shirt on top of it), and frequently even jeans, and god help you if you’re wearing 3 or 4 of those.

The following list contains what I’ve found are the most common and obvious things that gringos will tend to do that you would never see a native doing, thereby being the things that are most commonly known by the natives to indicate that someone isn’t from around there (and most of these tend to be associated with the stereotypical white American/Canadian/European tourist).
Follow these tips to avoid looking like a gringo in Latin America:
1. People don’t usually wear just a t-shirt when they go out.
This is something that would be worn around the house after work or perhaps while one was working out or doing some gardening or landscaping at home, though people do wear them underneath a nice button-up shirt, so that’s fine.
2. They don’t wear sneakers unless they’re going running or they’re doing (or on their way to do) some sort of physical or athletic activity that requires them.
And even then, many people would wear their normal clothes on the way over while bringing their running/sports clothes with them that they’ll change into when they get there.
Also, white socks are only worn with sneakers, never with normal dress shoes that people wear day-to-day.
3. They would never wear a tracksuit, exercise shorts, or exercise pants unless they were actually exercising.
Even going to and from the gym they’d wear something nicer and bring their workout clothes back and forth with them and change at the gym (which would almost certainly involve a shower post-workout prior to changing back into their nice clothes).
4. Fanny packs.
No. Never. Not ever. This makes you a walking target as far as muggers are concerned, and with there being plenty of other less obtrusive options such as money belts, backpacks (student-style backpack that is: students are poor, they have no money, don’t bother robbing them, you know?), briefcases/man-purses, etc. there just isn’t a good reason to have one.
5. Generally dressing like a hippy.
You already know if this applies to you: looking like you just rolled out of Woodstock is fine in most places in the U.S., and fine with me personally by the way (I have a bit of a soft spot for hippie chicks, I think they’re cute especially when they have dreadlocks), I have nothing against them, but the problem with it is that Latin Americans will perceive you as dirty, in a heroin-addict-who-might-just-stab-you sort of way.
Sorry, but you’ll get significantly better treatment and service if you take note of the fact that the locals will frequently be dressed in nice trousers/skirts and a starched button-up shirt even in sweltering heat and do what you can to blend in.
6. Very skimpy clothing.
Make no mistake, the women will certainly go to great lengths to show off their “assets” sometimes, especially if they’re going out clubbing or something, and plenty of them are frequently sporting a very respectable amount of cleavage (I’m looking at you, Medellín), but what you won’t ever see is really revealing stuff like shorts that are so short your ass is practically hanging out, a top so small that it’s essentially a bra, itty-bitty mini-skirts (again, with your ass practically hanging out), etc.
This is especially a no-no in a church, and this is one complaint I’ve heard from locals where the reaction goes from “oh that’s slutty”, which is how they would normally see it, to “that’s really f*ing offensive, someone should throw her out”. Be careful what you wear to churches, if you don’t normally bother please just this once make the effort to wear something nice, it’s really a big deal (this isn’t a religion thing–I’m agnostic–it’s a respect thing because it’s their culture you’re in).
7. Cargo pants.
Nope, they don’t do them, they never caught on down there and consequently no one wears them, it’ll immediately peg you as a gringo (whether that’s good or bad or irrelevant is entirely up to you by the way).
8. Flip-flops and sandals.
Sorry girls, outside of the beach or at the swimming pool, they’re never worn and are considered far too casual for everyday wear (kind of like walking around in bedroom slippers here). For guys, this includes sandals, with socks or without, doesn’t matter.
9. I’ve saved the worst offender for last: the men do not wear shorts. Ever.
This is the stereotypical gringo thing to do, it’s the one that everyone jokes about. Exceptions: working out, the beach, walking around the house, swimming pool.
That’s it. I honestly hopes this helps you, and please keep in mind the above list is not some strict “don’t do this unless you’re a jerk” type of thing, it’s just meant to be informative so that you can use it to help youmake a decision about what to wear and when, that’s all.
This is really meant to be only for the people who would actually be concerned about this in the first place, if you’re not really worried about blending in then don’t worry about it, I don’t think there’s anything really wrong with that and even then this should still help you so that you understand part of the culture you’ll be interacting in.
***This does not apply to Black folks.