Zika virus is spread to people through mosquito bites. The most common symptoms of Zika virus disease are fever, rash, joint pain, and conjunctivitis (red eyes). The illness is usually mild with symptoms lasting from several days to a week. Severe disease requiring hospitalization is uncommon.
In May 2015, the Pan American Health Organization (PAHO) issued an alert regarding the first confirmed Zika virus infection in Brazil. The outbreak in Brazil led to reports of Guillain-Barré syndrome and pregnant women giving birth to babies with birth defects and poor pregnancy outcomes.
In response, CDC has issued a travel alert (Level 2-Practice Enhanced Precautions) for people traveling to regions and certain countries where Zika virus transmission is ongoing. at January 30, 2016
Email ThisBlogThis!Share to TwitterShare to FacebookShare to Pinterest 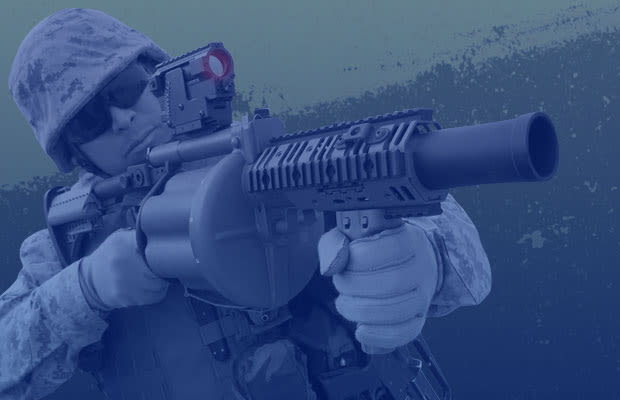 The United State's 2012 budget for the Department of Defense is a staggering $707.5 billion. For comparison purposes, that's nearly $200 billion more than the gross domestic product of Switzerland. Where does all that money go? Well, not surprisingly, a large chunk of it gets siphoned to the overseas military operations in which we're currently involved. A smaller portion, around $80 to $100 billion, goes towards research, development, testing, and evaluation of weapons. It's from there we get all the newest and craziest weapons used in modern-day warfare. The private sector, in turn, has been keeping pace by developing equally high-tech firearms that have been demonstrated at firing ranges and gun shows.
The U.S. army is already using one of these new armaments in Afghanistan, while other fully functioning firearms and prototypes are patiently waiting to go into full-scale production. All of this may seem unneeded, especially as we remember the brave solidiers who have fallen, but these weapons will help ensure a larger number of our troops make it home. From digital revolvers to smart grenade launchers, peek into the scope and get a look at 10 of the craziest high-tech weapons currently used by our military.
RELATED: Most Badass U.S. Military Vehicles 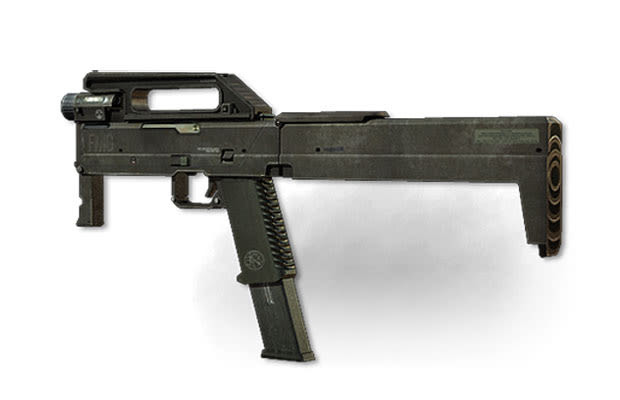 Developed as a potential firearm for the U.S. Secret Service, the FMG (Folding Machine-Gun) disguises itself as a external laptop battery and unfolds into a fully functional weapon that can empty a 9mm 30-round clip. The portable design offers additional space for an auto-sear to be installed and has an attached tactical light created by Insight Technologies. Best of all, you can slide it in the back of most pants pockets. While the FMG-9 is still in its prototype phase, submachine fiends could see an automatic version in the near future. But don't be surprised if you see first see it on the big screen. 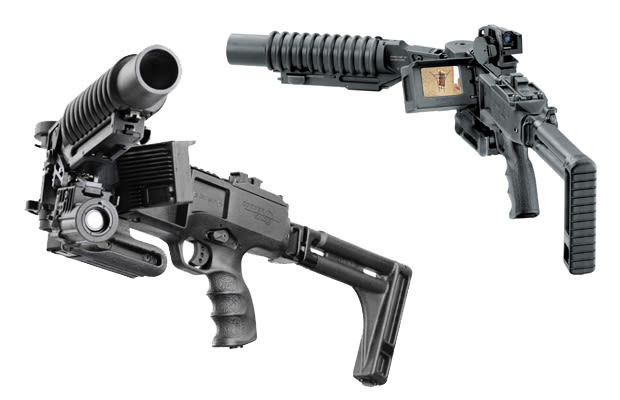 Sharp shooters trapped in corners and other closed environments won&#39;t need to engage in blind fire to save their ass anymore. The Corner Shot sports a hinged frame that extends the grenade launcher barrel horizontally at a 60-degree angle, along with a digital camera under the barrel and a video screen that provides sneak-peak viewing and accurate targeting. It's capable of firing single 60mm rounds, tear gas, and less- and non-lethal explosives, and has a target range of 150 meters as well. Why didn't anyone think of this before? 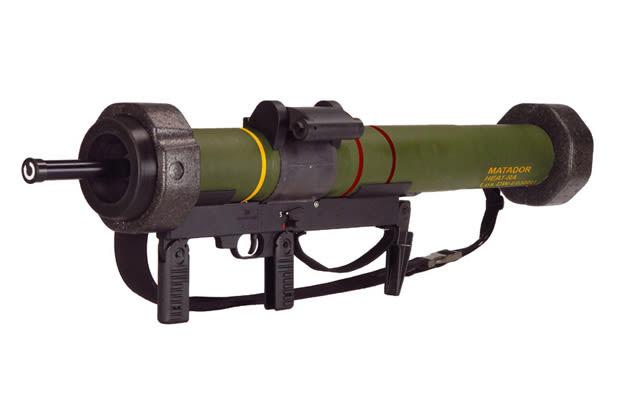 Specifically designed for urban warfare, the Matador was built to destroy brick walls and vehicle armor. It uses a warhead with minimum blast back that works best in confined and indoor settings, and features a switch that alters the time intervals between the two detonation charges contained in the projectile. There are two firing modes. Short Interval Mode sets off the second detonation immediately after the first to create a passageway through a wall and Blast Mode can trigger the second explosion inside a building after the first breaks through the wall by increasing the time intervals between both detonations. Check the blast master in action to see what we&#39;re talking about.