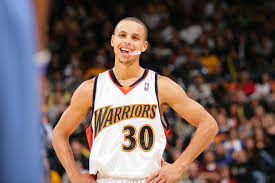 We deliver software to the most forward-thinking organizations in professional basketball, football and soccer. Nearly half of NBA teams utilize Second Spectrum’s Eagle platform to deliver their data, analytics, visualization and video solutions. We enable teams with key insights that inform strategic decisions. We deliver what coaches and front offices want to know, by equipping them with the tools to win.

We have created revolutionary products for visual storytelling, both for broadcast and digital platforms. One of those products, DataFX, integrates statistics and special effects to create new video and digital content. Our Storyboard product is an interactive touchscreen software that enables innovative ways to breakdown and explain stories. Our media products have been used across major outlets, such as ESPN and FOX Sports.

WE ARE A FULL-STACK SOLUTION.

In the data-driven world of sports, we can collect, curate, evaluate, manage, transform, analyze, learn, visualize, interact and integrate with video and design to create new and compelling content, stories and software.

I have compared parents and coaches attempting to control the every movement of their children on a basketball court or soccer field to fantasy football. On Twitter, Innovate FC gave this type of behavior a more eloquent name: Playstation coaching. An article about robots and artificial intelligence provided another metaphor.


“Most robotic applications are in controlled environments, where objects are in predictable positions,” says UC Berkeley faculty member Trevor Darrell, who is leading the project with Abbeel. “The challenge of putting robots into real-life settings, like homes or offices, is that those environments are constantly changing. The robot must be able to perceive and adapt to its surroundings.”

This parallels the current discussion about constraints-led coaching. Most practice drills are in controlled environments, where objects are in predictable positions. The challenge of putting playersinto real game settings is that those environments are constantly changing. The player must be able to perceive and adapt to its surroundings.


Conventional, but impractical, approaches to helping a robot make its way through a 3D world include pre-programming it to handle the vast range of possible scenarios or creating simulated environments within which the robot operates.

What are plays if not a conventional, but impractical approach to helping players make their way through a game environment? Again, it is not that plays are wrong, but the attitude of “run the play” even when not running the play or deviating from the play leads to a better alternative.


Instead, the researchers turned to a new branch of AI known as deep learning. This is loosely inspired by the neural circuitry of the human brain when it perceives and interacts with the world.
“For all our versatility, humans are not born with a repertoire of behaviours that can be deployed like a Swiss army knife, and we do not need to be programmed,” explains postdoctoral researcher Sergey Levine, a member of the research team. “Instead, we learn new skills over the course of our life from experience and from other humans. This learning process is so deeply rooted in our nervous system, that we cannot even communicate to another person precisely how the resulting skill should be executed. We can at best hope to offer pointers and guidance as they learn it on their own.”

We learn through experience and other humans, but this learning is not like programming a computer, or robot, because we have to adapt our experience or someone’s instructions to constantly changing environments. When we learn to do math, we do not practice every possible math problem; instead, we learn the basics, and we learn to solve problems that are changing constantly.
In basketball, we cannot program every response on the court. Instead, we have to learn to solve problems. Therefore, practice should expose players to problem solving in order to develop this skill, rather than trying to pre-program every potential response to every potential scenario. Playstation coaches attempt to imagine every scenario and teach a play (response) to each scenario. Therefore, they have man offenses, underneath OB plays, sideline OB plays, zone offense vs a 2-3, zone offense vs a 3-2, zone offense vs a 1-3-1, press breaks vs man, 1-2-1-1, 2-2-1, 2-1-2, 2-1-1-1, etc. They spend every moment pre-programming these responses, but in a game, when something is slightly different than expected, the players do not know what to do. They cannot adapt because they have never solved problems on their own; they have never really learned. They have been programmed.
By Brian McCormick, PhD
Director of Coaching, Playmakers Basketball Development League
Author, The 21st Century Basketball Practice and Fake Fundamentals

This entry was posted on Thursday, September 17th, 2015 at 6:21 AM and is filed under Athlete Learning. You can follow any responses to this entry through the RSS 2.0 feed. You can leave a response, or trackback from your own site.